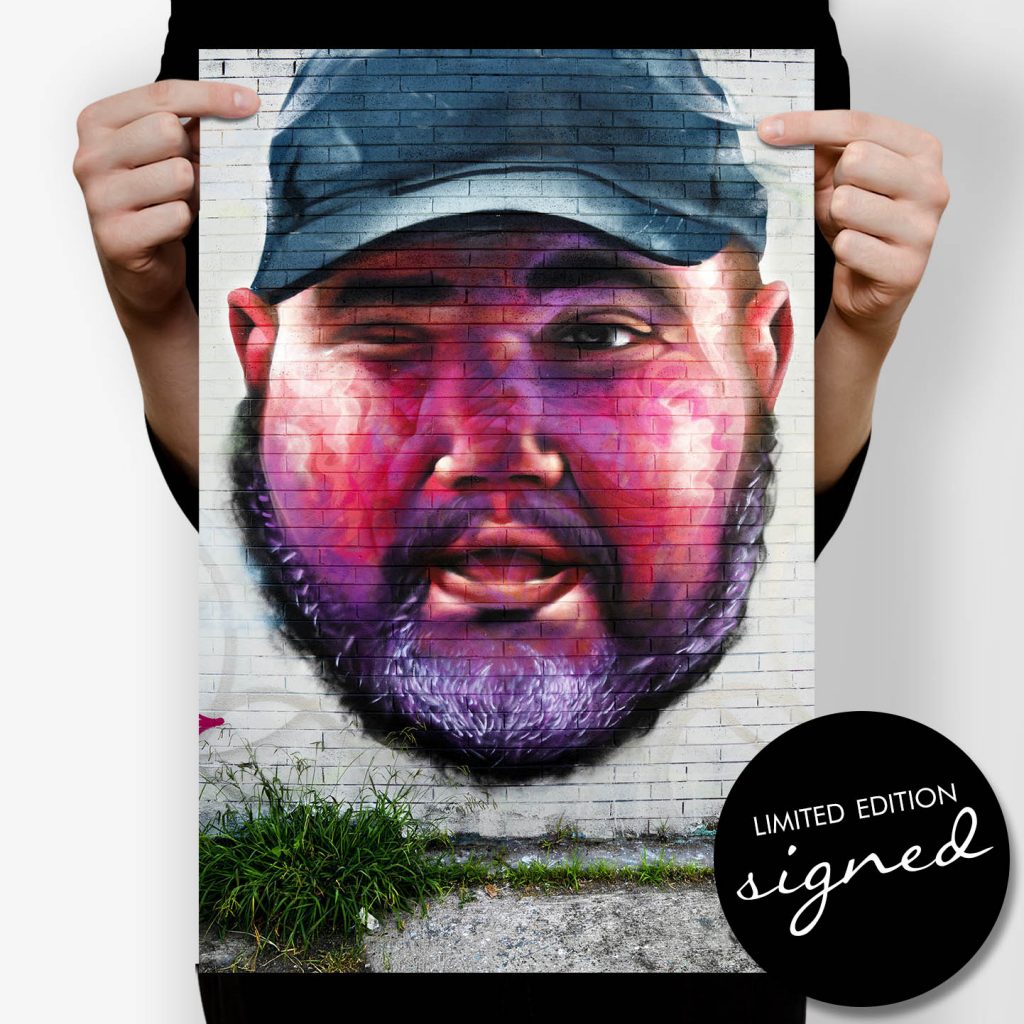 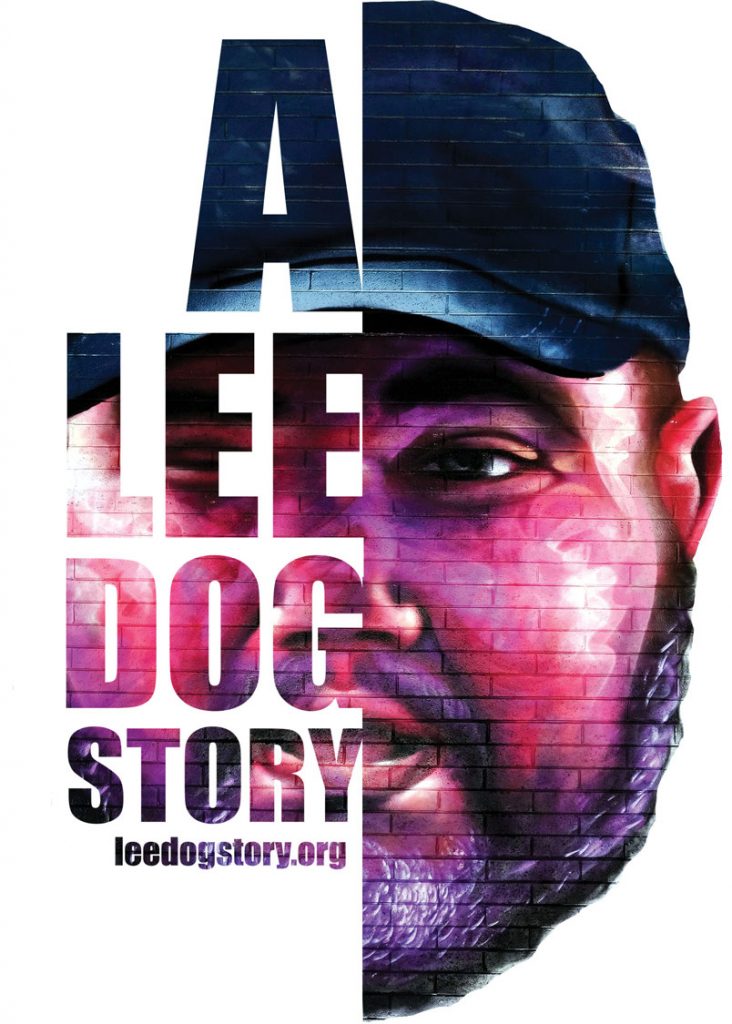 Two-time Emmy Award winning artist, Sake One has created a 15′ street art mural for A Lee Dog Story in San Diego! Purchase an art print today for a good cause. 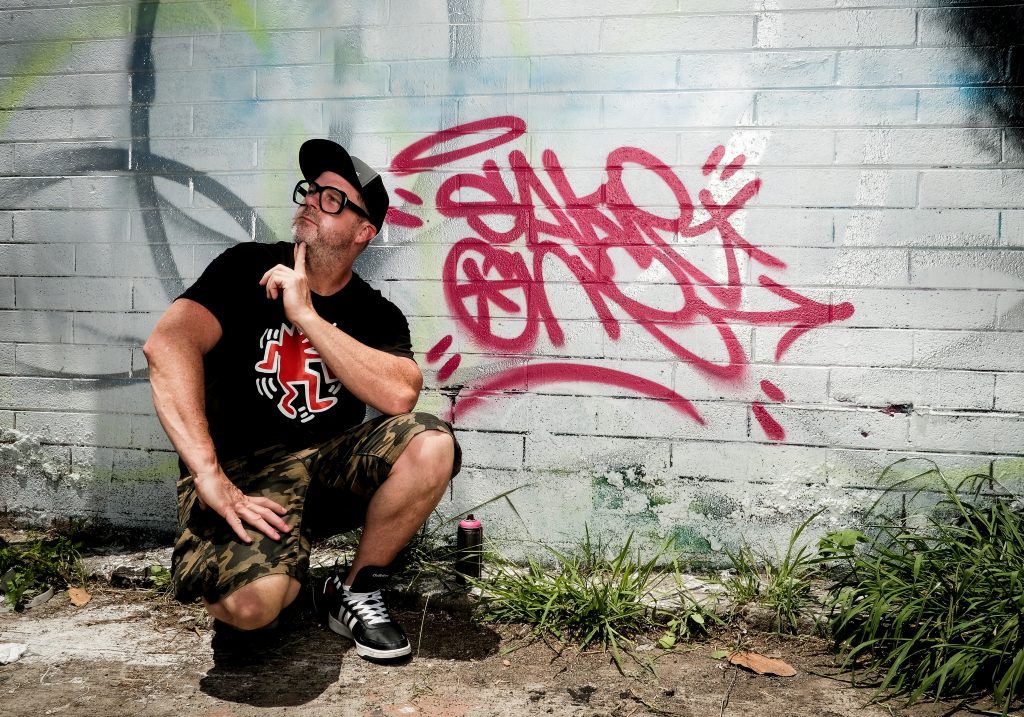 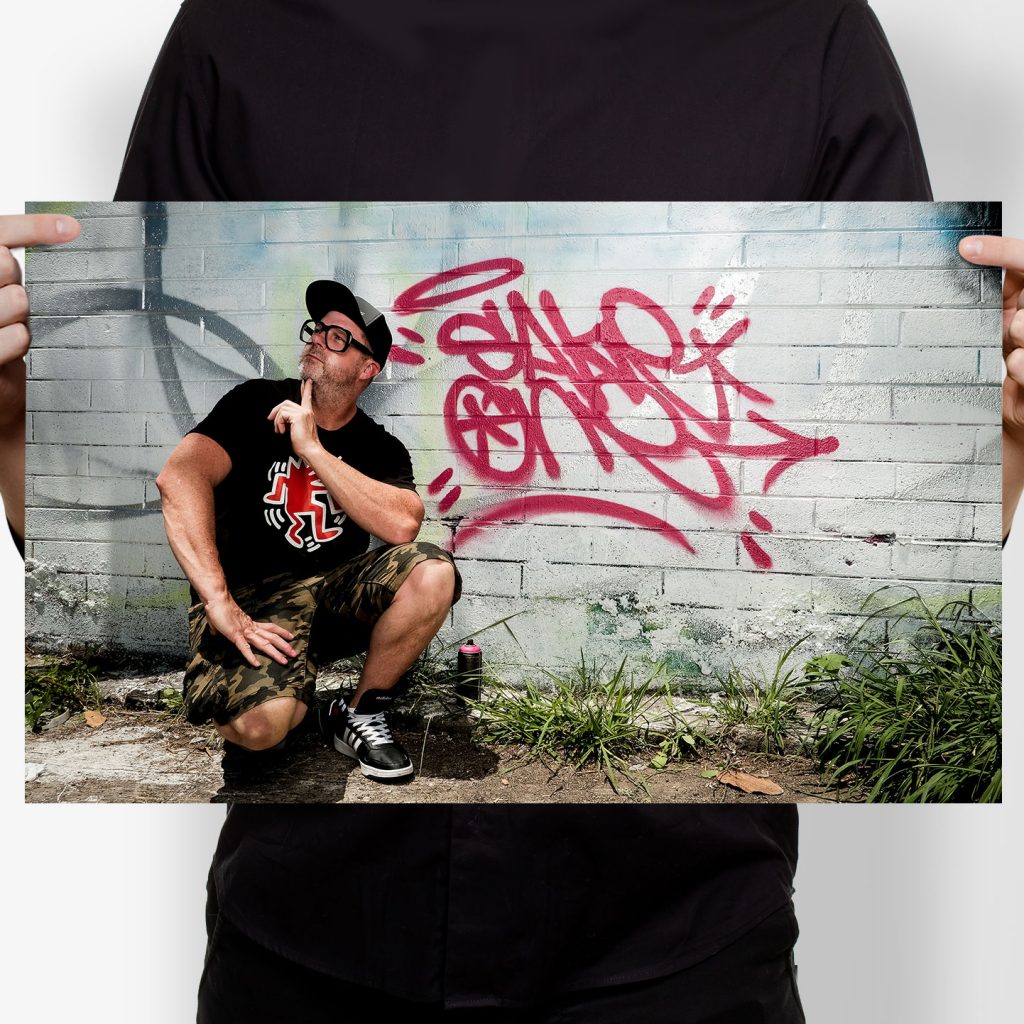 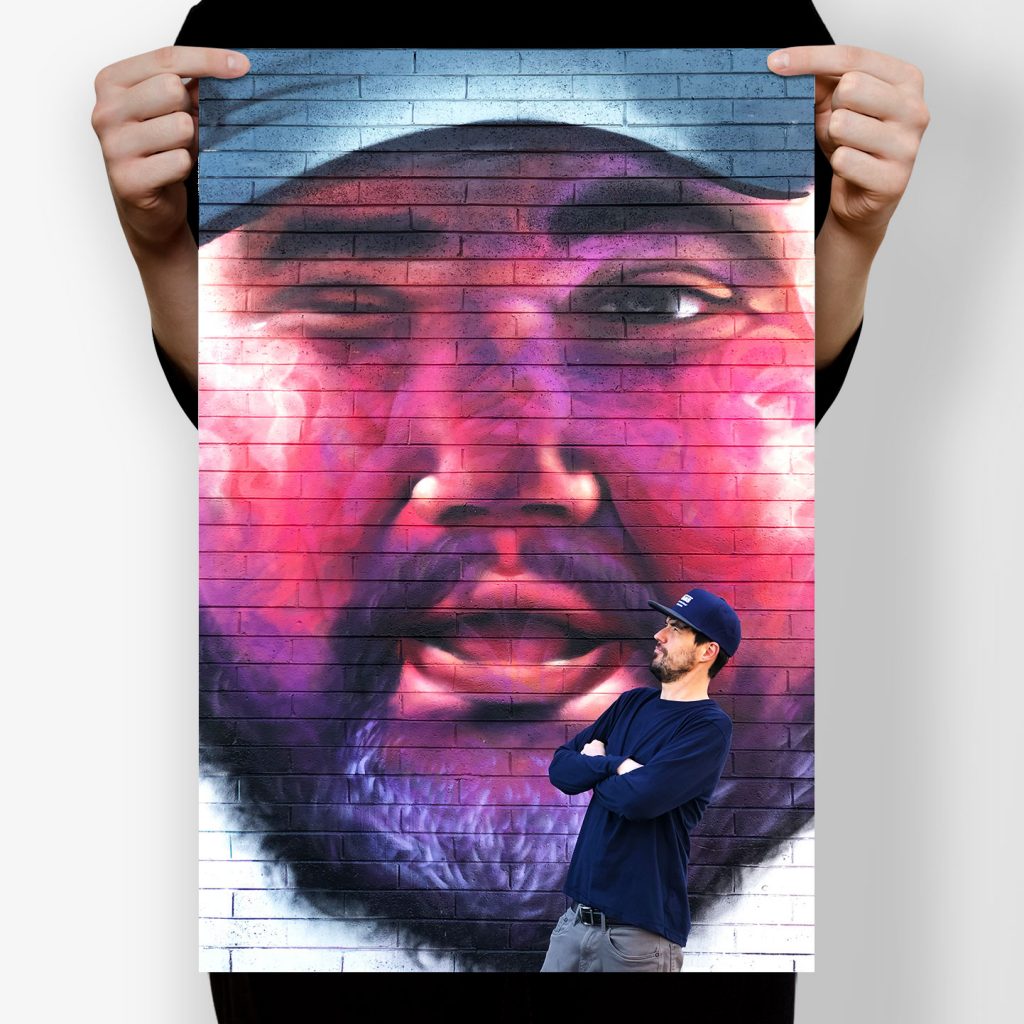 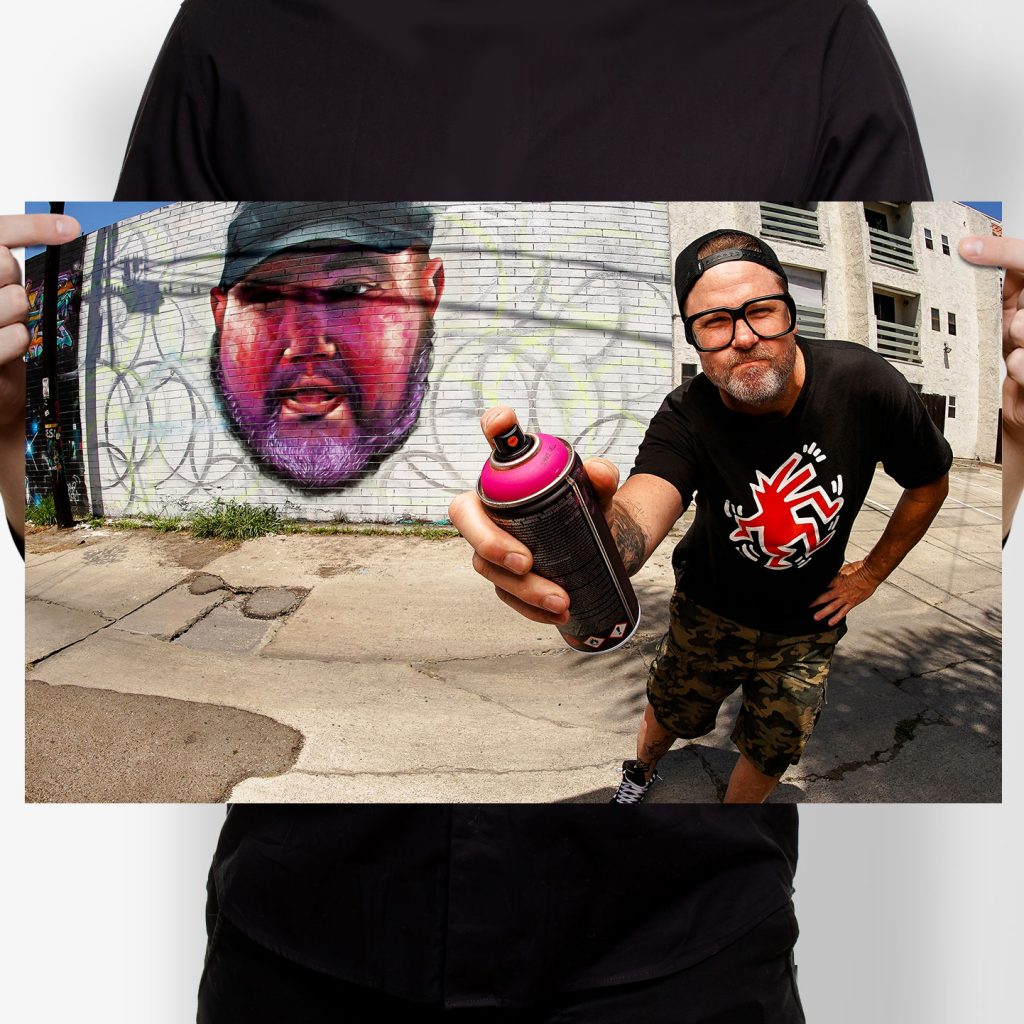 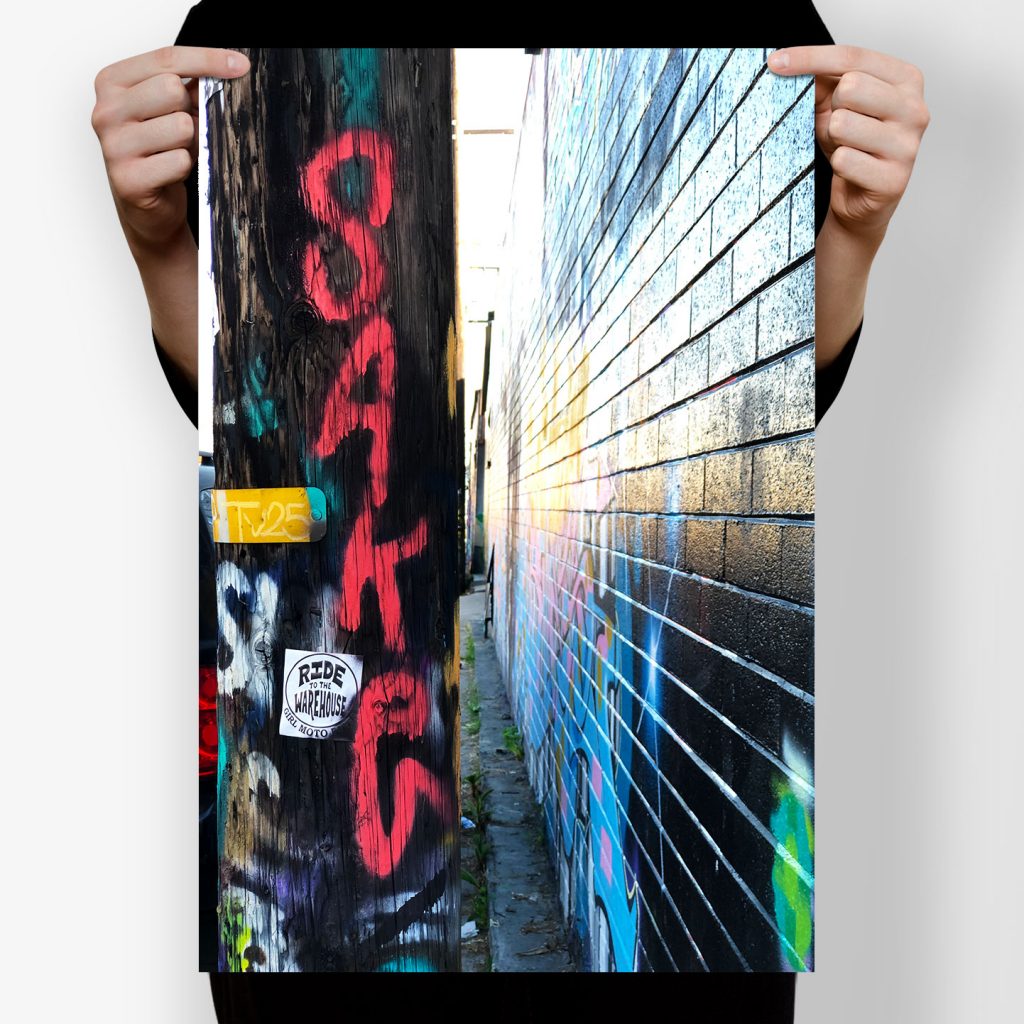 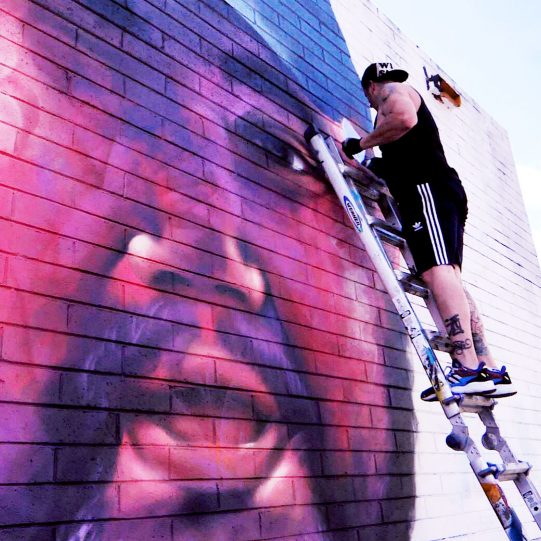 Sake, the last in a long list of nom de plumes, with his stylized lettering and characters inspired hundreds of kids across San Diego County to pick up the spray can as a medium to create art. Sake’s reputation as a serious artist grew out of respect for his technical skill, creating his first portrait with spray paint in 1986.

In 1991, he won two EMMY awards for his spray paint work for the Fox network. Since then, Sake has also been a featured artist on national and local television and news segments, published in various art magazines both in the US and abroad, contributed to and filmed in documentaries and interviewed and read in a variety of periodicals and works including the book, ‘The History of American Graffiti’. 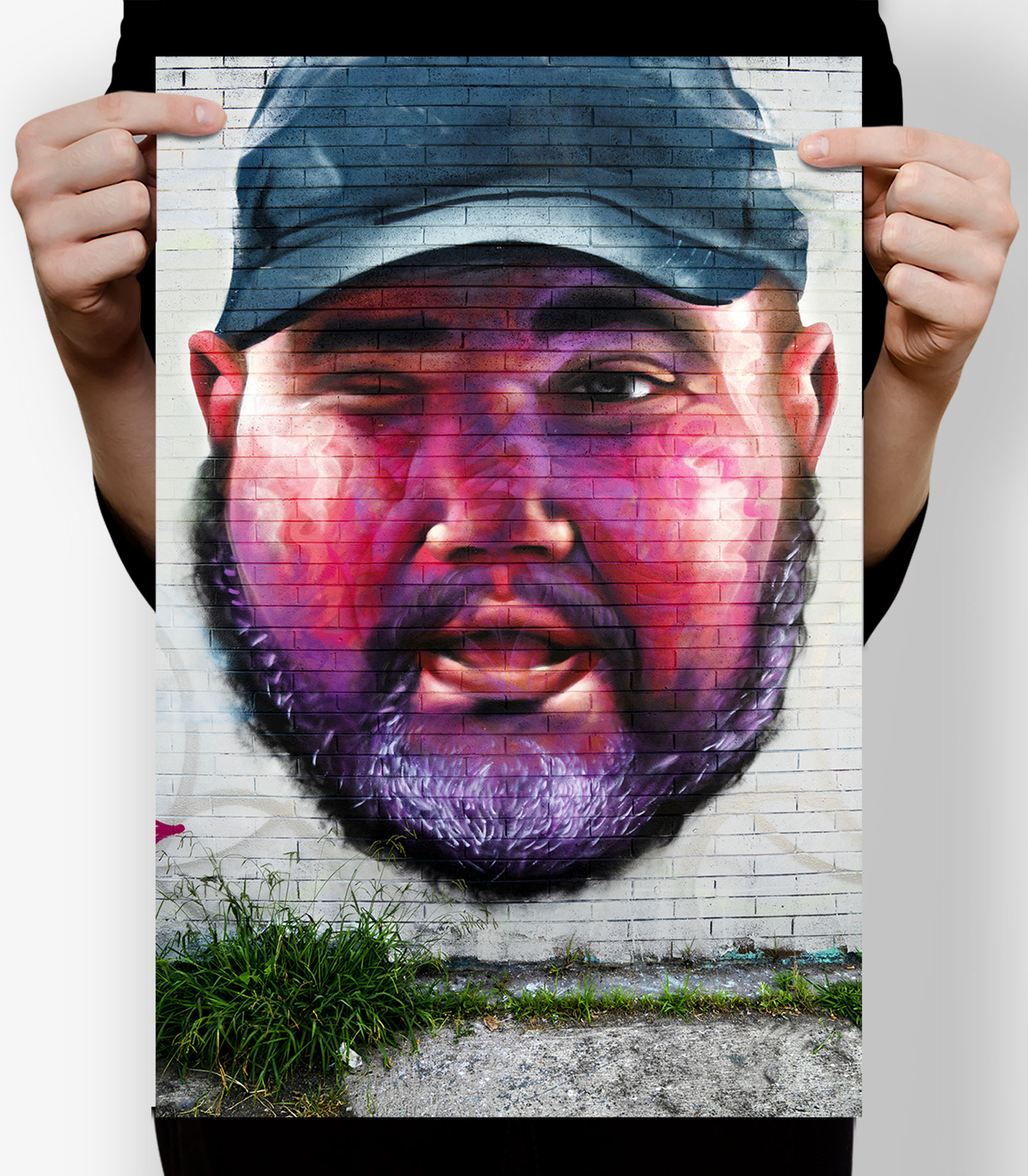 “Street Art is in the public domain, delivering messages we may need to hear or see, improving civic and cultural landscape and giving a voice to the spirit of this region. Art is and always has been the most powerful and long-lasting way to impact an individual, a community or a region.”      – Sake One

Edited by : Zach Waters, Founder of A Lee Dog Story 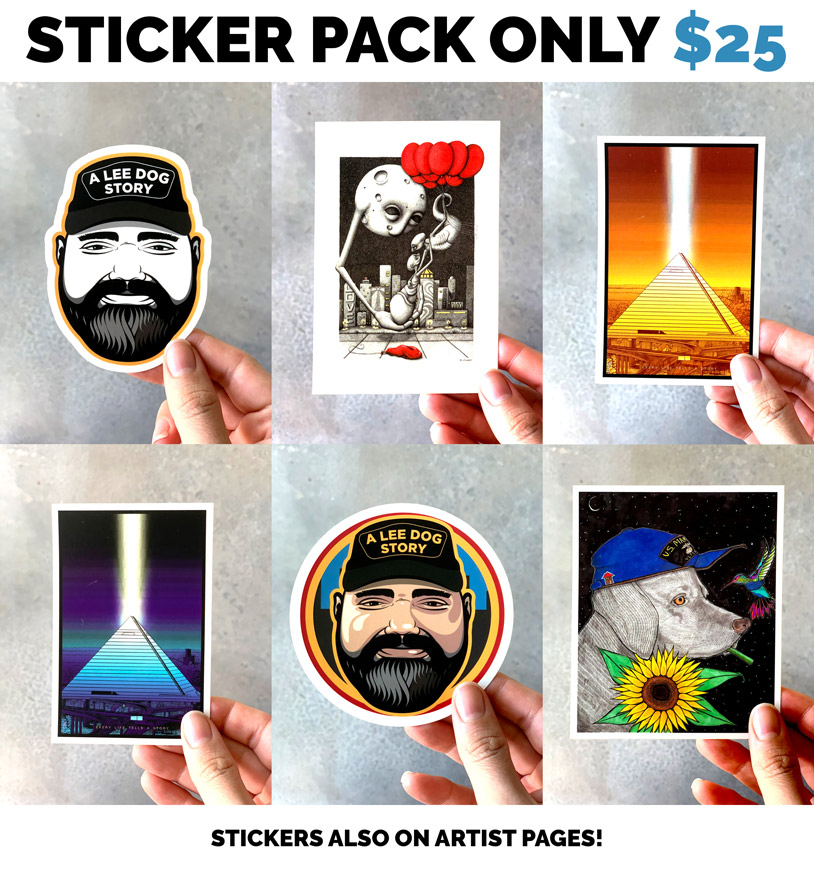 At A Lee Dog Story, we believe that art is incredibly powerful and helps to connect and celebrate community, showcase values, and embrace the humanity of all people. In order to change the current paradigm on homelessness in Memphis and around the country, we will come together as a community to learn more about the humanity of those experiencing homelessness through a variety of artistic mediums. 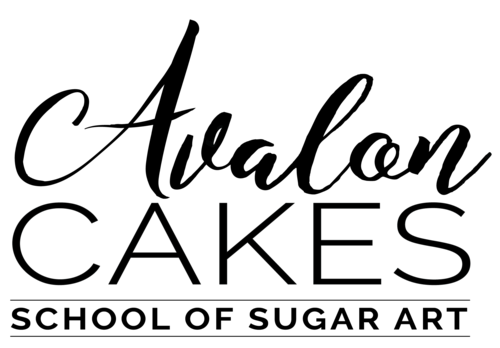 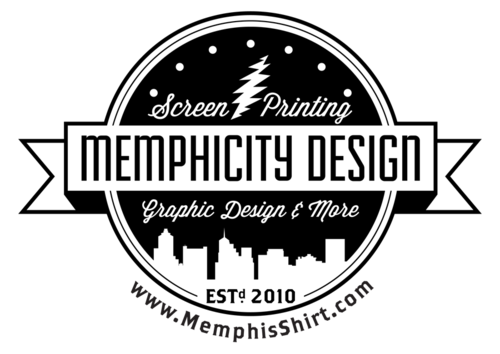 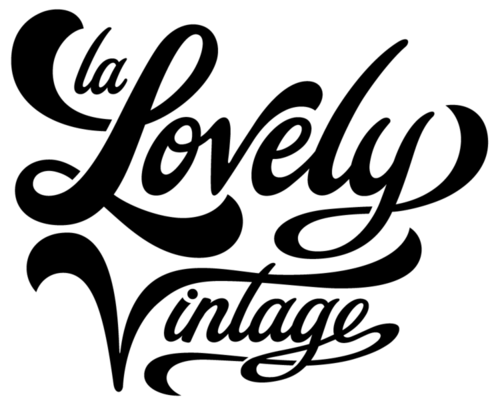